Due to the plates for our new intake being on hold for now, today was primarily a programming day. There were also other smaller tasks done today. We also made a modification to the Power Port so the balls fall on a ramp rather than down into the bottom. This will make the balls faster to collect and improve cycle times. 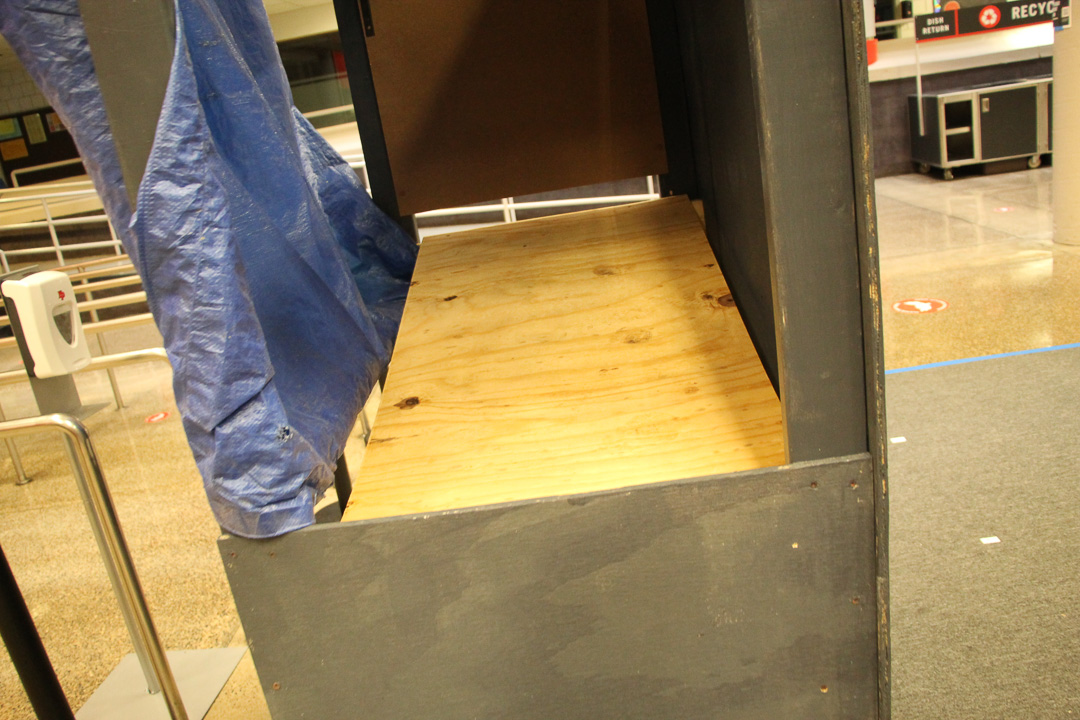 Above: A wooden ramp in the Power Port.

As mentioned above, programming was the main focus for today. Specifically, the Galactic Search challenge. For those unaware, this is a challenge in which a robot has to locate several randomly placed game elements autonomously. To accomplish this we are using vision similar to our shooting alignment to locate the balls. Coding this was the main focus today, along with several other team members working on auto routines.

Another task that was worked on today was recording video. This video will likely be used for an upcoming robot reveal, though it may also be used for other purposes. To record close-up shots of the robot shooting balls, we mounted a GoPro on the top of our 3D printed hood. This will likely be used in conjunction with other angles for the final video.

Above: A GoPro mounted to the hood of the robot. It is set at an angle to just barely avoid capturing the top part of the 3D printed hood.

Above: A video taken by the GoPro, which shows the robot shooting three power cells into the Power Port.