We skipped a few blogs.

We used today to get a more general overview of all of the competing teams. We started this with pit scouting, where we collected information on the specifications of other teams’ robots. This data included:

We also scouted a few of the practice matches. This was primarily done to familiarize team members to our scouting app, so when actual scouting is done tomorrow it will be done with (hopefully) more consistency.

We passed inspection with flying colors

The table below shows how many balls we scored in each of our practice matches. 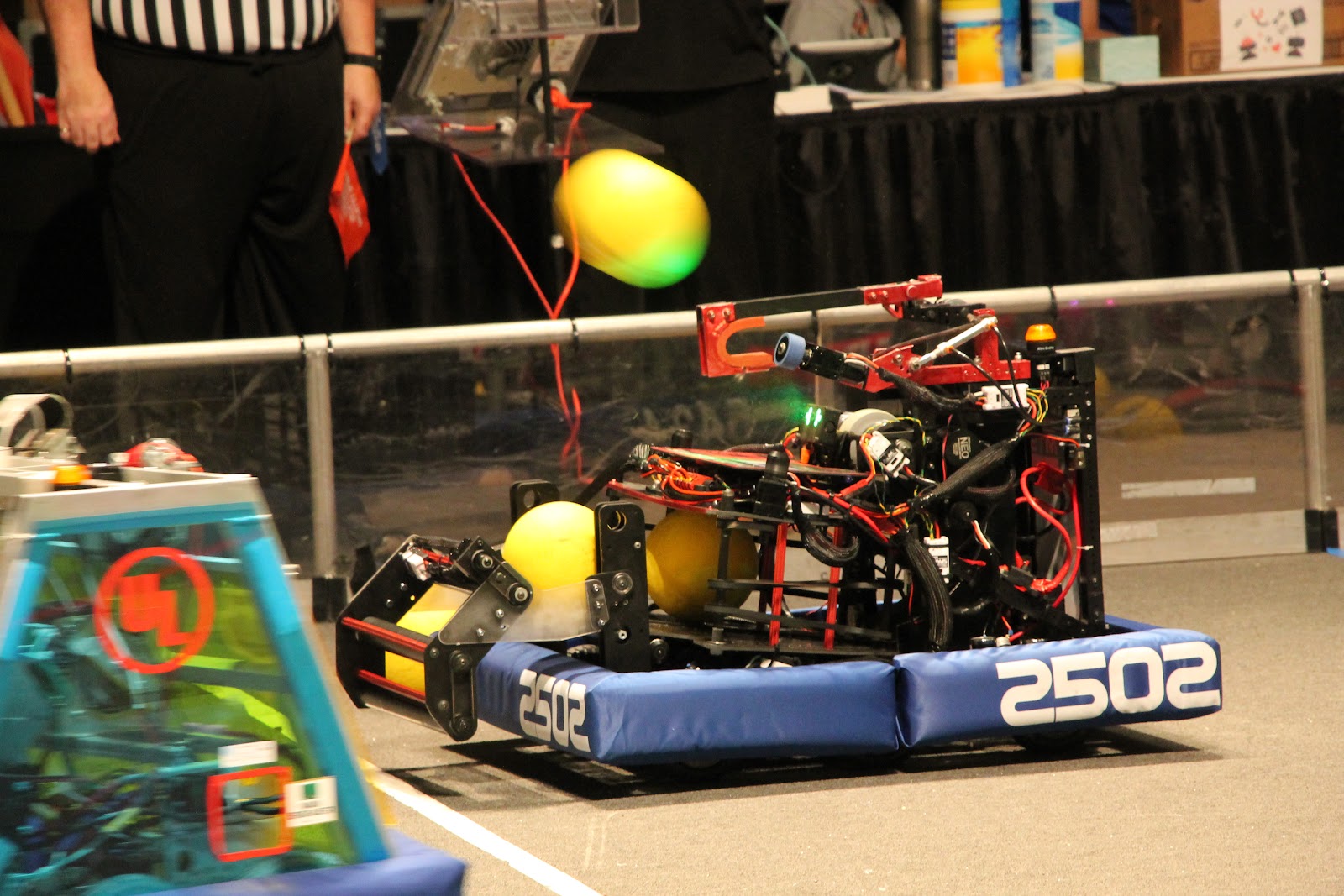 Above: Our 2020 robot, Orion, launching a power cell

Above: Our 2020 robot, Orion, climbing on the generator switch.

Today, after our first practice match, we tried to reset the climber. Unfortunately, when we pressed the “run the climber down” button, nothing happened. If we were lucky, we might maybe get one click out of the climber ratchet.

When we tried to deploy code, we got a “session is down” error from Gradle. We tried a few things (restarting the computer, killing random background apps, deploying while collected to the internet, etc), but nothing worked to fix the problem. Finally, we solicited the help of a CSA. We discovered that Gradle was trying to deploy Java (as in the thing oracle makes) to the roboRIO. One of the first things we did was reimage the roboRIO. Afterwards, we tried deploying through VSCode, which is the officially supported way to deploy code. Neither of these solutions worked to solve the problem. Finally, we decided to update our WPILib from 2019.1 to 2019.3. After we deployed (and waited 20 minutes for the new libraries to download), the code deployed. However, the climber was still broken.

We looked at the code thoroughly. We changed the code so that it would run the wheel of fortune spinner. That worked great. This finally narrowed the problem down to the code that would spin the climber.

It would only spin the climber winch if the lock was retracted.

Above: 3 programmers and a very helpful CSA are pictured waiting for the WPILib to update.

Today, we added a camera so that the drivers can look inside the hopper. This helps them to know when to unjam and how many balls they have.

Above: a picture of the hopper camera

Quote of the day: “What is Asus giftbox and why is it eating all of my CPU? . . . Watch out I’m deleting it now” — Isaac AJ, engineering captain