EMCC was a fun, relaxed event where teams in the metro area met up to work on their robots, play practice matches, and learn more about other teams. The format was very open; there weren’t any scheduled matches, nor any official scores or rankings. If you wanted to test your robot on the field, all you had to do was line up before the match started, and get your robot on the field. This laid-back event was a good experience for new team members who hadn’t participated in competitions before.

This was the first time we ever used our brand new pit cart. Thank you to Bodecker for fabricating it for us!

We were also the only team to successfully climb during the practice matches, as well as pulling off a solo climb with a balanced shield generator in the very last match. 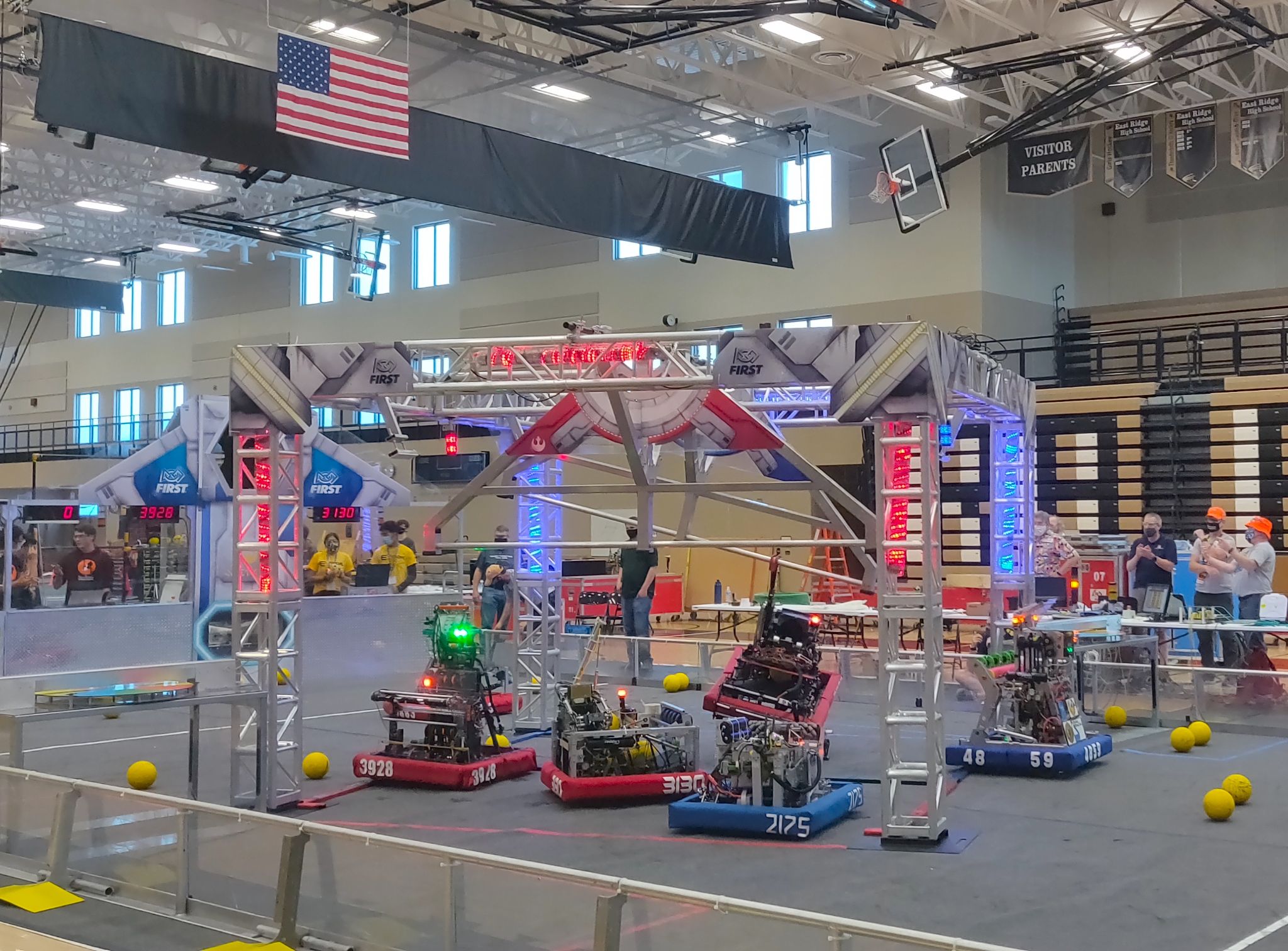 EMCC was hosted by team 3130 the ERRORs, 2175 the Fighting Calculators, and 3883 the Data Bits. In total, 6 teams including Talon Robotics showed up. We had a great time playing matches and learning about other robot designs.

Our competition robot was running really well, and was on the field shooting balls into the powerport almost every match. We used this to give everyone a chance to drive the competition robot to get a feel for how the robot runs, and to see if we had any interested drivers.

Our practice robot, which we were also planning to run, was unoperational for the first five hours of the day. This was an issue we were trying to solve for the last week, and we had only narrowed it down to the entirety of the CAN Bus system, which wasn’t very helpful. We didn’t have anyone on the team who specialized in electronics, so it was a big learning process for us. We got a tremendous amount of help from the volunteers running the tournament, and in the end, we found out that there was a backwards connection in the CAN Bus. Additionally, one of the SPARK MAX motor controllers was faulty, so we had to replace that as well. 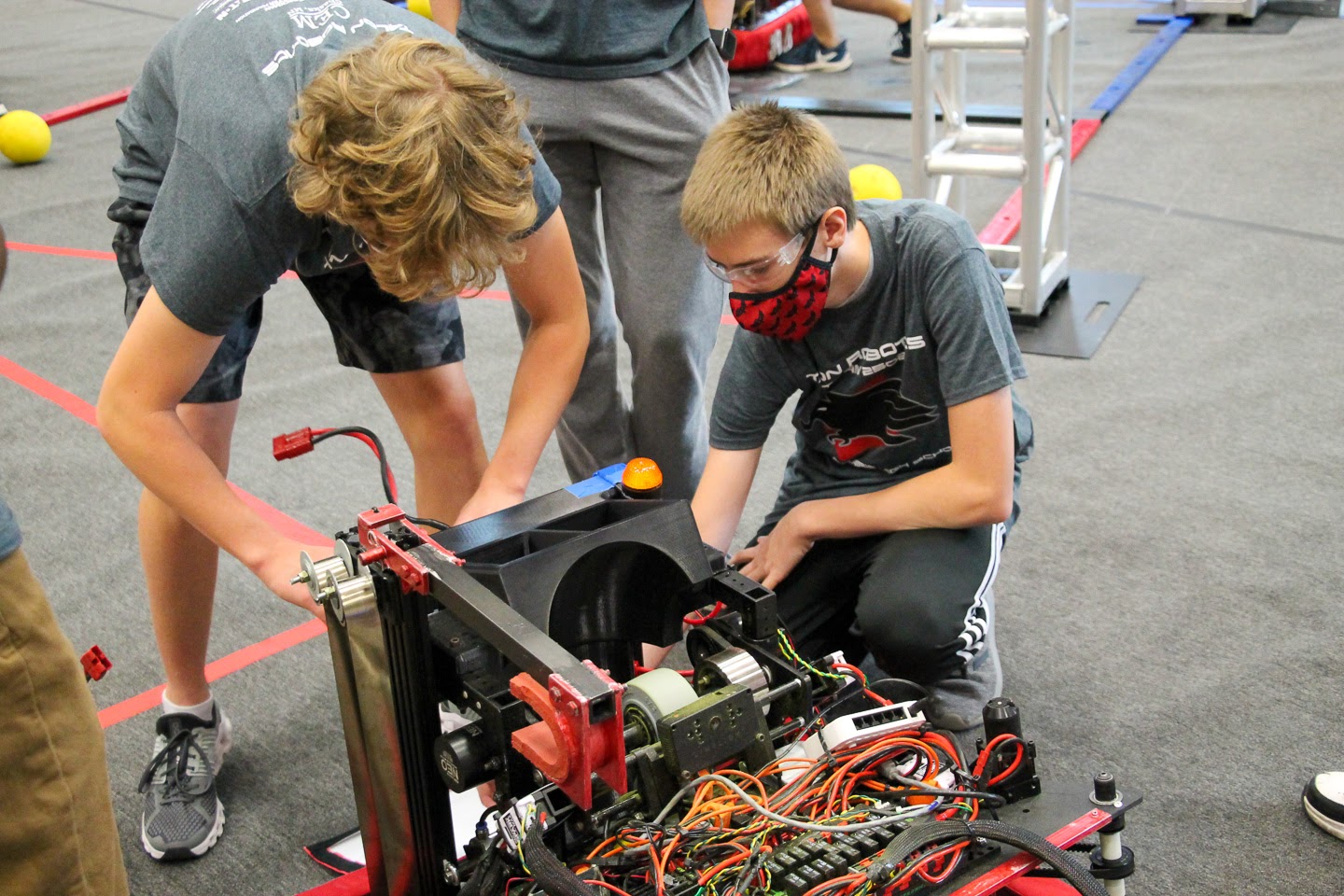 In the end, we were able to get the practice robot running. However, this was a very valuable experience, as we learned a lot about how to troubleshoot issues, and what possible causes there could be. Most importantly, none of this would’ve been possible without the volunteers that graciously spent their entire morning and most of their afternoon helping us troubleshoot the robot, whether we had issues in our wiring, code, or some other aspect of the practice robot. Thank you!

We would like to thank all of the volunteers that helped at EMCC! They worked hard to set up and tear down before and after the event! We also wouldn’t have gotten our practice robot working without them!

Disclaimer: These photos are taken out of context, and the captions are completely fabricated in order to create a false sense of humor