While yesterday was spent fabricating parts for the new intake, today was spent primarily adjusting to the new challenge and deciding the approach we wanted to take for them. One notable change we made was adding a “net” behind the power port. This was done so that any 3-point shots (through the smaller circular hole) fall into the bottom section of the power port, rather than rolling around on the floor. This is especially important as one of the challenges only allows three power cells to be in circulation.

Above: The robot maneuvering between two cones during practice for a challenge, 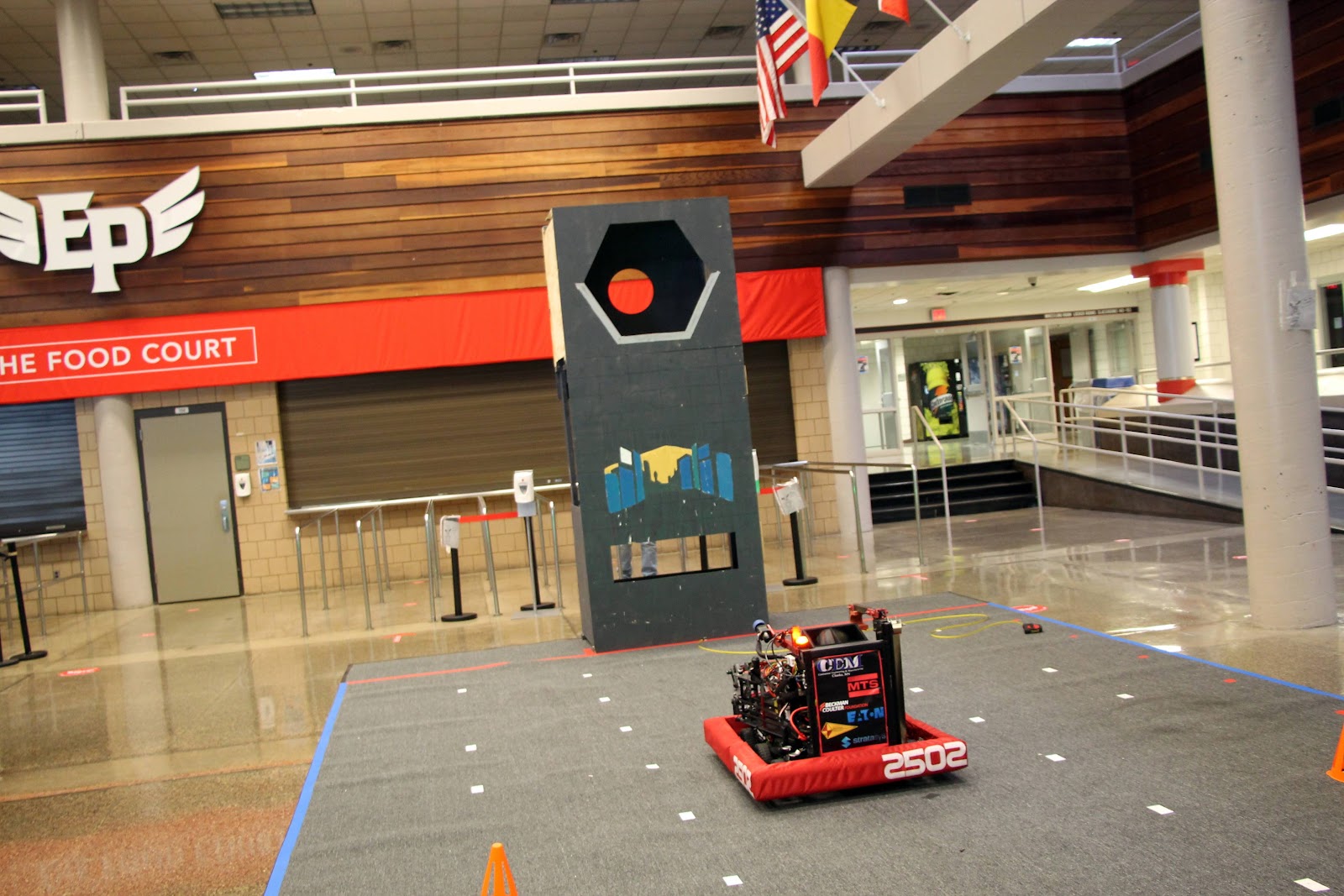 Above: The robot preparing to shoot balls into the power port.